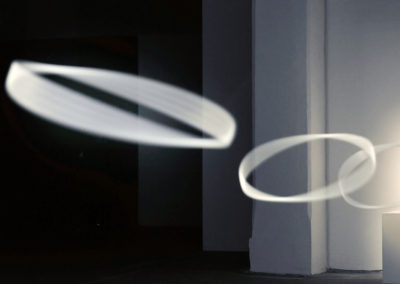 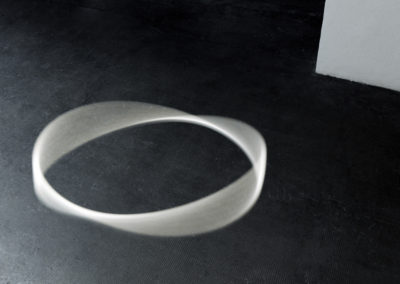 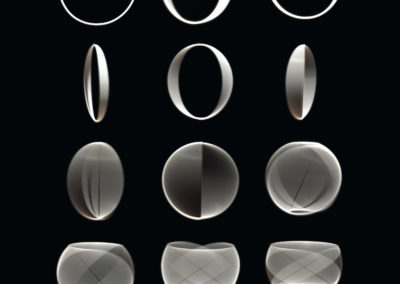 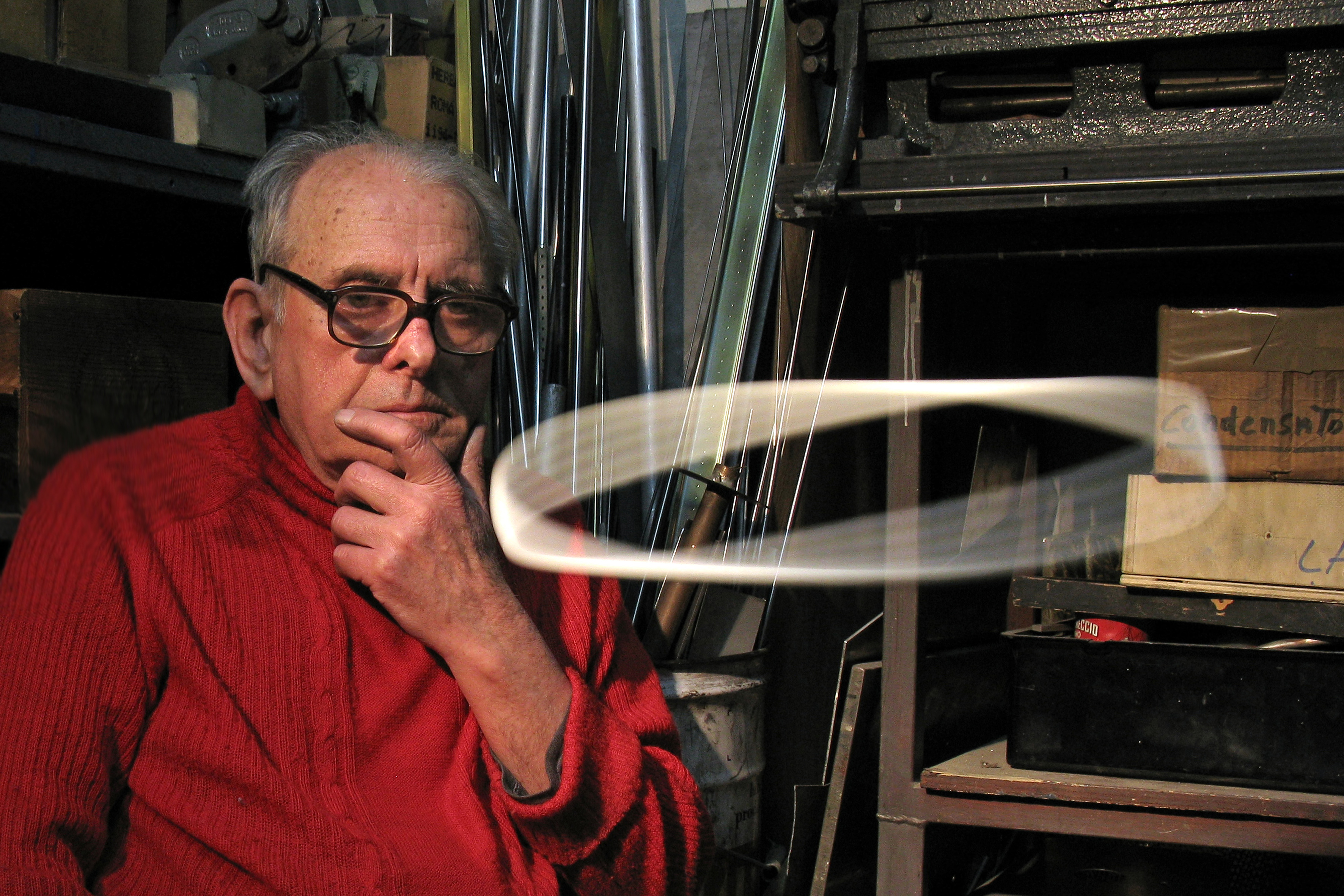 «The aim of the Euritmia evoluente was to create a vision of a body suspended in mid-air that would move in a particular way, not rigid but slightly imprecise, to give an impression of vitality.»

Fogliati wanted to instil an object with vitality. As the artist himself said, to achieve this «first of all the physical object in question needs not to be physically supported by something, it needs to become weightless and to “wander”.» The specific characteristic of an object wandering in space is the presence of an energy that enables suspension. Fogliati decided to achieve the weight loss and vitality by exploiting the behaviour of a ring acting as a gyroscope or a top, which never falls as long as it spins, since its inner energy keeps it “upright”. Painted white, the ring is suspended in mid-air from a fine nylon thread linked to an electric motor mounted on the ceiling. When the motor is off, the ring keeps the nylon thread taut due to the force of gravity and is perpendicular to the floor and the ceiling.

The effect sought by Fogliati is achieved when the motor is switched on. The motor rotates at a low speed, transmitting energy to the nylon thread which holds the ring, which in turn is attracted by gravity. The objective is to overcome the force of gravity, so that the object appears to have a life of its own. Through the continuous rotation of the electric motor, the energy stored by the thread and transmitted to the ring keeps the ring in a horizontal, slightly swaying position. This is due to the laws of kinetics. In other words, the installation is based on a well-known physical phenomenon.

What Fogliati wanted to convey was a sense of suspension in mid-air and the white colour of the ring ensures the object is fully visible. Moreover, the sight of the white ring twisting in mid-air gives the observer a sense of lightness and vitality, as well as the impression of watching a ring of pure white light evolving continually in the air and never reaching stability. A sort of light structure without a specific program and without a materially visible support.