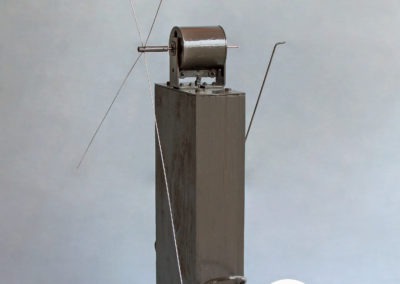 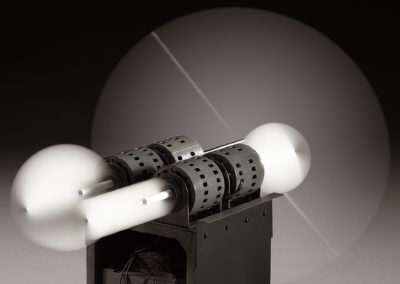 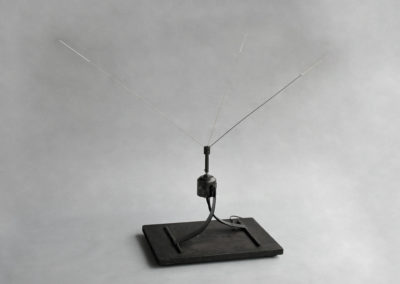 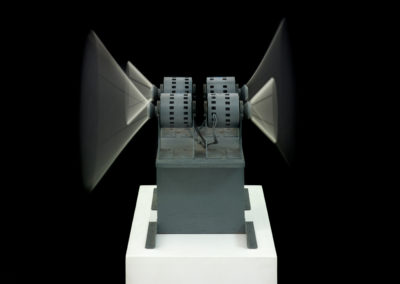 This piece, which received its name from the artist Arrigo Lora-Totino, is an exhibition-size creation of the Wind sonoriser with rotating blades intended for the Fantastic City. Erected on a hill, inside which the motors would be installed, the Anemofono with its round and quadrangular rotating blades was designed to sonorise the wind. Fogliati also imagined a similar installation as an addition to the Buildings for the transformation of sunlight into light sculptures (Temple of light), since the luminous volumetric shapes, formed inside the buildings, would also have been conditioned by the ambient noise and external winds. So the light output would have been produced in part by wind and in part by sound. All this demonstrated how the various components of the Fantastic City would have acted together in a close and mutually influential relationship.

In 1972 the piece was displayed in the solo exhibition at the Martano Gallery in Turin. The caption next to the photograph in the catalogue says: «the anemofono is a phonoplastic instrument that acts on the air and the wind. It has four rotating elements: filiform, rectangular, small disk, large disk». The shape of these elements and their speed of rotation is what determines the acoustic output.

Fogliati explains that «a large round flat body (a circular blade) rotating at a low speed in the direction of its own diameter produces a low-pitched sound that is almost inaudible yet extremely pleasing. Whereas blades with a less bevelled shape (rectangular for example) generate a range of sounds whose pitch rises as their size decreases; finally, filiform steel rods rotating at a high speed produce a hiss». With this short description, the artist clearly indicates the shapes he used to obtain a variety of sound outputs, which also depended on the speed and dimensions of the rotating elements.